Sometimes when you travel, how a day unravels is not the way you planned. Often the unexpected is so much better.

This is a story about how a spontaneous stop at a pharmacy led to:

We left our old town apartment with one goal; to check out the portside statue and square of Lisbon’s Praca do Comercio before the hordes of summer tourists arrived.

Ticking off that sight with a photograph we headed for breakfast to sit and map the rest of the day exploring Portugese landmarks and monuments.

But a brief stop at a pharmacy to buy strapping tape for a foot injury forked a day of tourism into an exceptional travel experience.

“Have you visited our Christ the King?” asked the pharmacist.

We’d seen the giant replica of Rio de Janeiro’s Christ the Redeemer across the Tagus River just up from the 25th of April suspension Bridge (a doppelganger for San Francisco’s Golden Gate Bridge and designed and constructed by the same), but it wasn’t on any must-do lists, so wasn’t on our must-do radar. 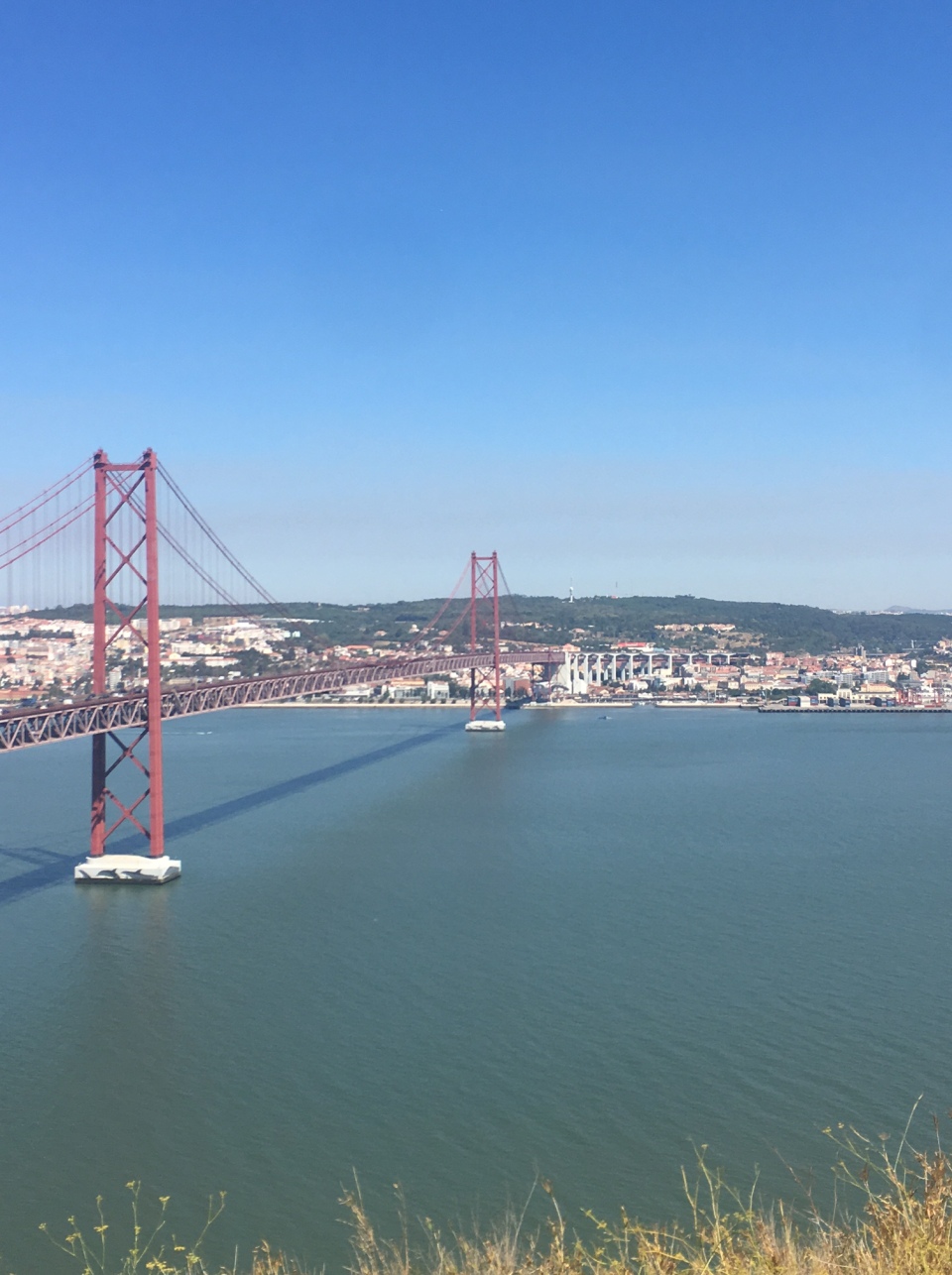 A good prescription from the chemist convinced us otherwise.

We caught a local bus and joined a very small line of like-minded tourists to scale the 104m (341ft) to the top for an incredible view of Portugal’s capital as well as taking in the wonder of the statue itself.

Walking back to the bus stop we spotted a rustic BBQ grill on the sidewalk and several people milling.

It was a little taverna/restaurant called Ze Bola, which roughly translates to The Balls.

We jagged a table using sign language and charades as Mama Bola didn’t speak English. Neither did Papa Bola, who was non-stop frying up the fish and pork. 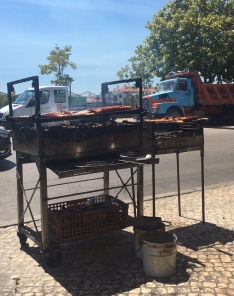 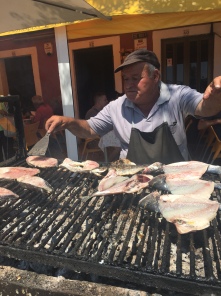 We learned it was a 50-year-old family business from the two men sitting next to us. They helped us order and choose our fish, fresh from the tray inside.  Quite a few wines, beers and a couple of ports later we were presented with a gift bag each from the local Almada council.

It turned out the brothers are sons of the former Mayor with the younger one still working for the municipality. We were considered important guests. Probably in hindsight because we bought the wine, beer and port.

“Have you been to our local beach?” asked the brothers.

We knew Portugal was on the coast but hadn’t yet planned a beach trip.

Wine, beers, port and the brothers convinced us otherwise.

We caught a cab to Costa da Caprica, a sandy, hipster strip and the closest beach to Lisbon.

With no swimwear we stopped at the first surfshop we saw and outlaid $10 on too small togs and a towel to share.

We didn’t water test our new beachwear as the Atlantic Ocean was freezing at 17 degrees, instead we slept off our lunch under a beach umbrella waking up to admire a beautiful sunset before catching a bus bound for Lisbon. We got off at the last stop with no clue where we were.

“Have you been here before?” I asked my husband.

We were in front of a restaurant with a giant blue lobster-type crustacean in a tank to lure customers. Considering we were hungry again, it worked.

We were seated next to two women.

They were Australian and one told us she was Quade Cooper’s grandmother’s friend.

As you’d expect the conversation turned to rugby although Quade’s connection didn’t know her friend’s grandson had been dropped from the Wallabies.

Sometime later, somehow we made it home safely, our gift bags, new togs and strapping tape in tow and only one monument checked from our to-do list.  Tomorrow. Maybe. Well that’s the plan.

← How not to die in the Greek Islands.
What untapped skills do you need to work in music-tech? →

3 Comments on “Mystery tour of Lisbon.”