Rats and television ratings- no problem for inspirational TV executive!

When it comes to inspiring women, often it’s someone you don’t know; a celebrity, a sports star, businesswomen or just someone ordinary doing something great that elevates your thinking.

So when it’s closer to home, a friend and colleague who attracts your admiration it is warming and palpable.

Overcoming a fear of rats and unknown television ratings, my mate, Channel 9 Queensland Managing Director Kylie Blucher is about to embark on a 300 kilometre trek across the Simpson Desert, renowned for rodent plagues and no phone reception. 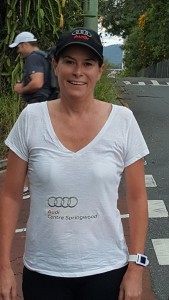 Joining 20 other hikers, Kylie will shrug off her day-to-day responsibilities of running a TV station and parenting four children, two girls still under the age of ten, to strap on a twelve kilogram backpack for an eight day slog in sand to raise money for Youngcare, a charity dedicated to helping young people with high care needs.

And for anyone who knows Kylie, it’s a toss-up whether she’ll miss her family or phone more. Regardless her focus is pure. 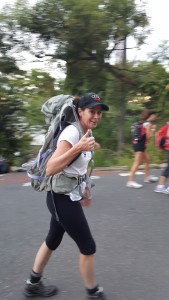 “The challenges of walking the Simpson Desert for just over a week is incomparable to the challenges these young people and their families face every day, ” Kylie said.

“The ideology behind such a difficult trek, is in a small way to symbolise the hardship and isolation of young people who have high care needs living in inappropriate care,” she said.

“I just have to go without my bed, my phone and my family for eight days.”

“I also have a fear of rolling over in my sleeping bag and crushing mice, based on stories from previous hikers, but again I’m being positive.” 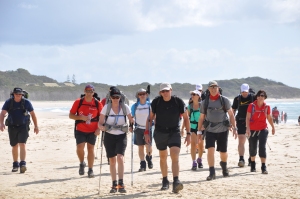 Kylie has been training for four months and has lost eight kilograms in preparation for the gruelling physical adventure, which involves sleeping under the stars, temperatures ranging from zero to forty degrees, no bedding, living off rations and nil creature comforts.

She has investigated taking an inflatable pillow and a satellite phone.

“This trek is a long way from glamping, which is the closest I’ve ever come to roughing it before.”

Adding to the hard-core commitment she and the other 19 hikers participating in the Youngcare Simpson Desert Challenge, each have to raise $35 000.

Tonight she hosts a SOLD OUT Black Tie Bingo dinner and has told me she’s been humbled and overwhelmed by the support of family, friends and Queensland’s corporate sector, with Audi coming onboard as her personal sponsor. (She does work in media people)

“There are 7000 young people still living in aged care facilities and an unbelievable 700 000 young Australians living at home who need assistance with care,” she said.

“The need to fundraise has never been greater and this trek will raise in excess of a half a million dollars which will go towards the construction and upkeep of new facilities.

Youngcare is celebrating its 10th anniversary this year and Kylie’s involvement began at a similar time a decade ago when the Nine Network program Sixty Minutes aired the original story on foundation member David Conry, who was struggling to find age-appropriate care for his wife Shevaune, as she battled MS.

Conroy invited the television executive onto the Youngcare board, two years ago.

“I turn 46 this year and I thought it was about time I put my hand up,” she said.

“I’ve seen the crisis firsthand, met residents who have benefitted from the work Youngcare does and it’s infectious.

“What I’m doing and what my family is doing to support me is a very, very small sacrifice.”

But when pushed she does admit old habits die hard.

“Yes! I am taking my phone, but purely for the music content, there’s no range out there,” she said.

← The Hamptons-silver service style for the not so rich and famous.
Messages from my teenage ME! → 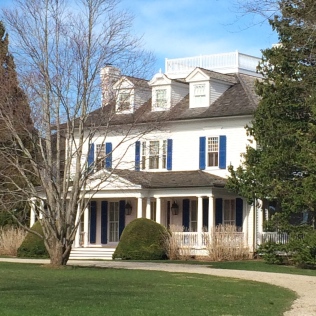 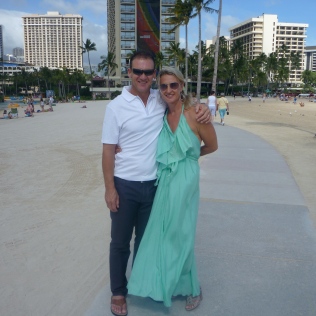