Should you supply your schoolie with alcohol?

There are officially only three days left of the school year for graduating students.

For me it’s the final week of a very long plot-twisting, character-driven, full of villains, sometimes a few heroes, angst-riddled, monotonous but never dull, amazingly intriguing and fast-paced drama/thriller/romance/comedy chapter of my life. School is out forever.

But as it inevitably does at this time of year, I was at a luncheon with other mums recently and the conversation turned to schoolies and whether to supply alcohol. 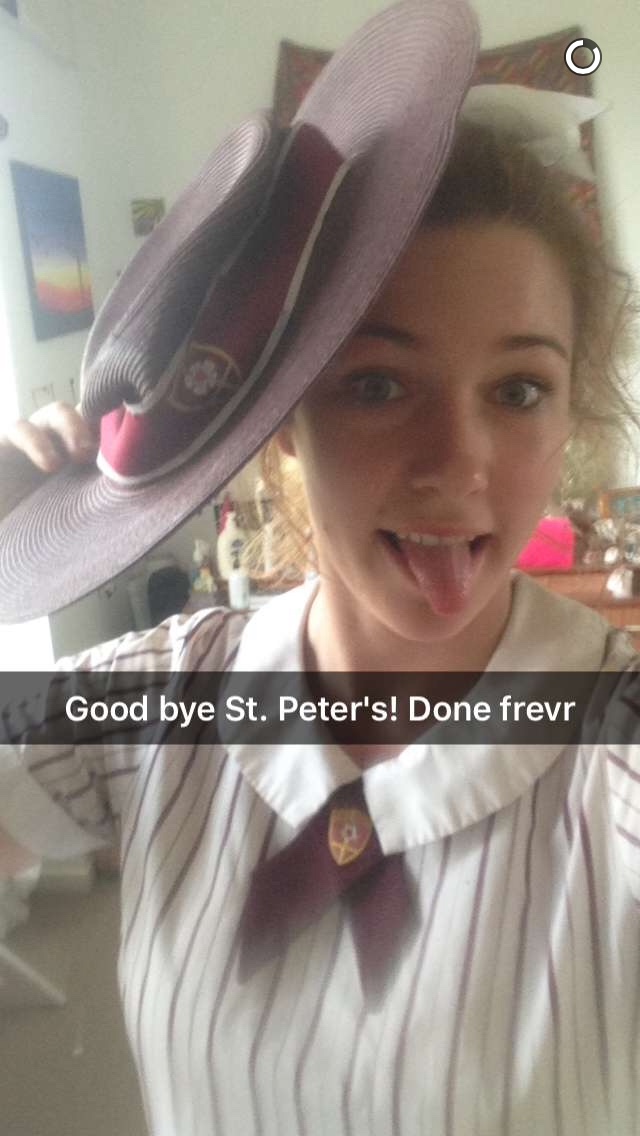 “If I buy him alcohol, I’ve told him to tell the police he didn’t get it from his mum,” said one, jokingly.  I think.

“If I buy him a few at least I know what he is drinking,” said another.

I have survived four rounds of this annual under-age, supposed rite of passage, hormonally-charged migration to the Gold Coast or more increasingly overseas (not including my own) but for many mums, including the two who made the comments above, it’s their first experience of schoolies.

This will be my last-ever schoolies, with my fifth daughter about to graduate.

However the issue other parents are grappling with, “should we buy our kids booze?” isn’t one I have to face this year.

For me it would have been easy.

It would have been the same decision as her four older sisters.

I do NOT supply alcohol for schoolies.

I have outlined my 10 reasons for not providing alcohol once before and they haven’t changed, so here they are again; not to push my opinion but to provide another point of view and something to consider.

I didn’t provide any alcohol for the older four daughters so to change tack for the last if she went would be unfair.

This would avoid a four-fold cry of “that’s not fair”, which is arguably worse than, ”there’s nothing to eat.”

Who buys? When? How much? and what has to be finessed.

The questions of weight, transport and storage also have to be resolved, regardless of whether it’s an overseas trip or a drive to the beach.

I remember with fondness to the lengths my friends and I went, to source West Coast Wine Coolers for our schoolies week.

I don’t want to deny my children their glory-day stories to repeat ad nauseam.

(Although in my case for the most part, it was simply a case of walking into the Broadbeach Beer Garden and ordering it, as no one checked ID. However my parents never gave me alcohol before I left school and now with hindsight, I could possibly attribute my resourcefulness to schoolies).

I am big on the kids taking ownership of themselves and their choices.

In my situation, it means my daughter would have to work out how much she is prepared to pay for alcohol, what food and other entertainment she needs to budget for and whether buying an extra six-pack is worth it, if it means fore-going a meal with her mates or a banana-boat ride. And yes I know there will be some that argue the kids will just spend their money on drinking. My response is: I have had conversations with her and her sisters about the dangers and consequences of over-indulgence and so at some point trust in your parenting has to be considered. (Also like her sisters, she likes eating too much)

Anecdotally over the years, I have heard from the girls and their friends themselves that the first night is the biggest because they have so much alcohol to drink.

“It’s there so we kept drinking it,” they’ve said.

My view is that parents, who supply the six-pack of cruisers or the carton of beer only know what their kids are drinking to start with. Those teens have more money to buy more alcohol than those who had to budget from the outset.

According to the Australian Drug Foundation almost 40% of under-age drinkers get their grog from their parents. I couldn’t find any parenting authority, which advised that to be the most appropriate way to deal with the dilemma of supply.

But of course there is also no rule-book on parenting, so just like their kids, mums and dads will have to make a choice on whether to supply or not.

Police and Liquor and Gaming inspectors can issue $256 fines to under-age schoolies.

The worst case; kids can be taken to court and fined up to $2846 so those on the cusp of adult-hood need to know the consequences.

In Queensland the legal age to purchase and consume alcohol is 18.

17 year olds are classed as adult offenders if caught and convicted, which would mean potentially problems getting a job or travelling.

There are laws about the secondary supply of alcohol, so parents and indeed anyone over 18, who supply the booze can be fined a whopping $9108. That’s an overseas trip thank you very much and much further away than Langkawi.

Yes it is lawful to supply minors alcohol in a private home, under responsible supervision. I have allowed my daughters to drink in our presence and under our supervision, (and one I admit who did in my presence but without supervision- another story) but the five or six teenagers to a hotel room in a Surfers Paradise high-rise is not considered a private residence. Nor is the 18 year old, who repeated grade 12 and is also celebrating the end of high school, considered a responsible supervisor. So unless the parent is staying there, (and this year we have seen the emergence of poolies) it’s hard to argue accountability.

So while I may have made light about what to many is a serious parenting crossroad, to me to boils down to a couple of key messages.

To all you other parents of school-leavers, Good Luck and just trust that you’ve done a good job, because you probably have.

And I CAN’T believe I’m actually wishing my daughter was going, as I’m sure she would have had a great time.

Perhaps I’ll supervise her having a glass of champagne with me to mark the end of school?

Category: Parenting, UncategorizedTags: schoolies, should i give my school alcohol, supply of alcohol to schoolies

← Couples cruising in Croatia-or anywhere the wind blows.
Behind the scenes of an Australian Women’s Weekly shoot! →

One Comment on “Should you supply your schoolie with alcohol?”