Canal Saint Martin- why and where you should go.

Today started as it has now for the past ten days in Paris.

A long black and a short chat.

I don’t have a plaque at the bar like Tom, the best customer at my local café, Au Coeur du Marais, but as I am the only Aussie and a slightly semi-regular, the owner Bastien knows my order and is happy to tolerate my french-in-pratique.

Other than great coffee Bastien is also handy at serving up some Parisian travel tips now that I have proven my caffeine loyalty.

So that fair-familiarity is how we (my hubby and I) ended up spending one of the best Sundays possible in Paris; away from the tourist traps and crowds, strolling the other waterways of the city, eating disco soup, amazing Vietnamese food and at the same time supporting the recovery of the country which has been hit hard by terrorism.

Let me explain those extraordinary links.

If you’ve seen the Seine and loved it, then strolling the canals of north-eastern Paris is another for the eyeballs.

Canal Saint-Martin is in the 10th arrondissemont stretching 4.5km from the Seine to the Canal del’Ourcq.

Napoleon ordered its construction in 1802 to supply fresh water to Paris and avoid diseases of the time like dysentery and cholera. It took 23 years to be dug and built and how very french, it was funded by a wine tax.

When I mentioned to Bastien that my husband Simon and I were off to explore Canal Saint-Martin he asked if we liked Vietnamese food.

An absolute affirmative provided us with the address and high recommendation for Le Petite Cambodge.

If it sounds familiar, (although it wasn’t to us), it is.

It’s one of the sites hit by the horrific simultaneous attacks by gunmen and suicide bombers in November 2015, which left 130 people dead.

Bastien had friends who were severely injured in the attack, but very buoyantly said, “not only is the food fabulous but going there is a strike for continued freedom and life in Paris.”

Bien Sur, of course we would go.

I’m not sure who penned the saying, “it’s the journey not the destination,” but I’ve adopted it as my travel mantra, and so it was with our walk to Little Cambodia.

Heading in the general direction we passed the Place du Republique, which boasts a statue strikingly similiar to the Statue of Liberty.  Another sign.

We saw kids sailing remote control boats, we saw lovers enjoying a picnic, we saw a tent city of homeless people napping in the sun, we took pictures of crazy-good graffiti.

There were floating bars and eateries galore. A swimming complex is also being built in time for summer (although it’s three weeks in so clearly a tad behind).

We bought bananas at a waterside market behind graffiti covered vans paying 1E for six and then ate for free a curbside concoction called disco soup.

Disco soup is when vendors at the market give the produce, that isn’t quite aesthetic enough for sale, to the disco soup group. You help them chop them up and mix it together and Voila! It was actually pretty good. 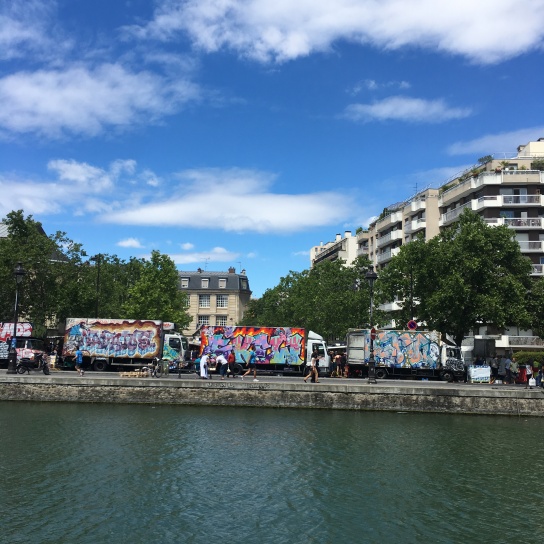 A little further on we were given (again for free) the new zero alcohol Heineken about to hit the market.  Zero alcohol!!  It was better than disco soup.

We then found Le Petite Camborge. 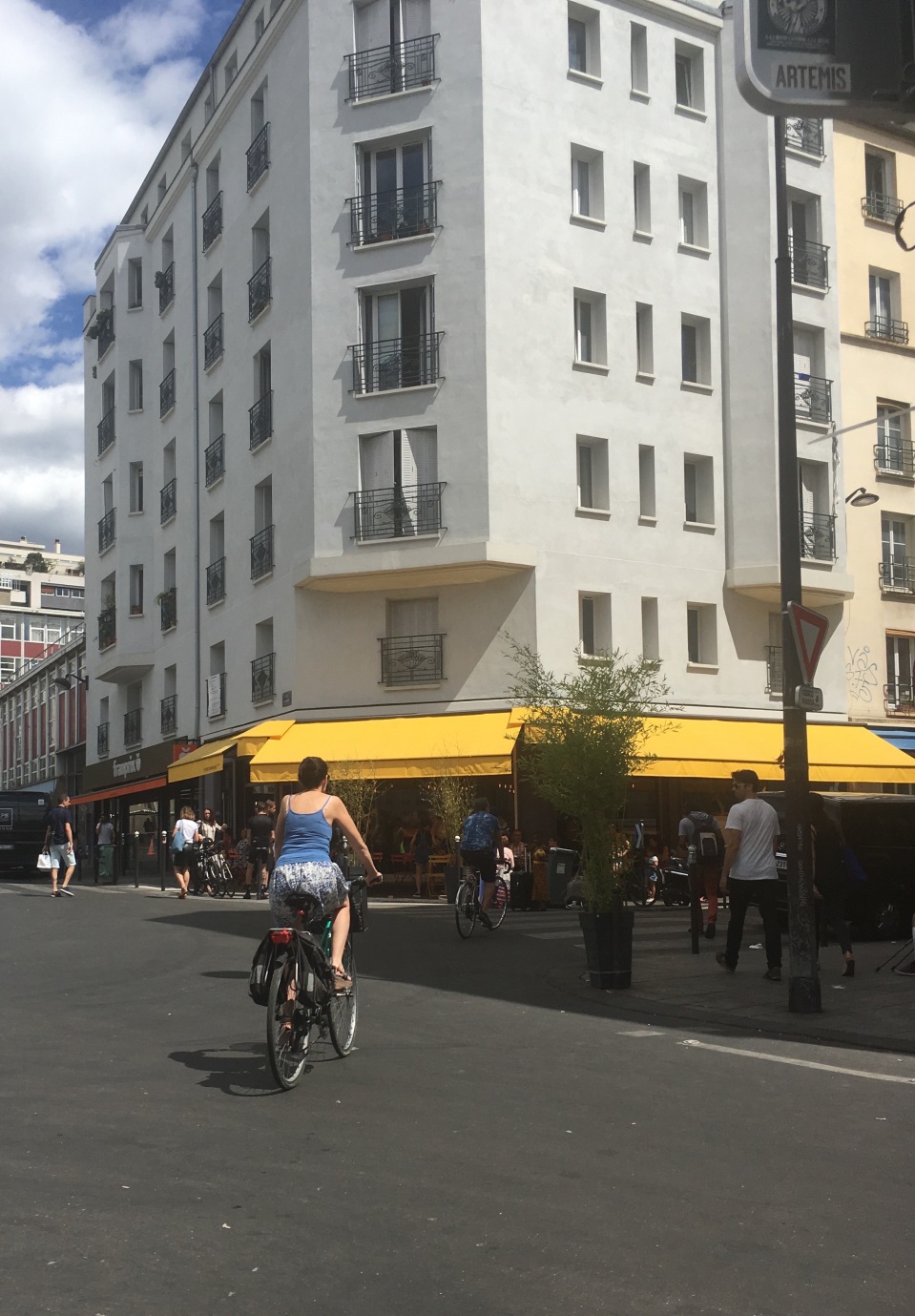 If you weren’t aware of it’s terrible history, you wouldn’t know a terrorist gunman walked in and started spraying bullets. Although if you look carefully the building has been spruced up compared to its surrounds, including the building across the street that looks like the flat-iron in New York. 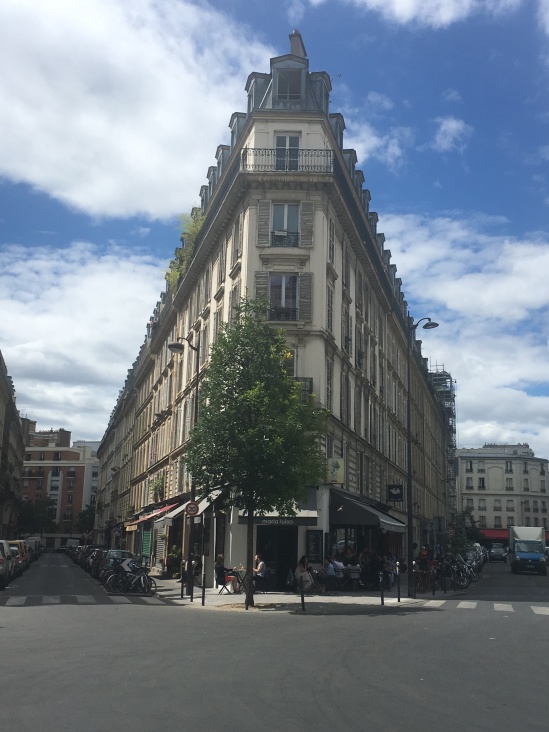 For the record we had:

All, as Bastien promised, fantastic. We will be back.

Isn’t it amazing what coffee to kick-start the day leads to?

A fabulously entertaining walk, delicious food and a salvo for the soul and a country’s defiant spirit.

← Why Chantilly is a sure bet when visiting Paris.
Nine reasons why you must-do Chateau de Versailles. →

One Comment on “Canal Saint Martin- why and where you should go.”